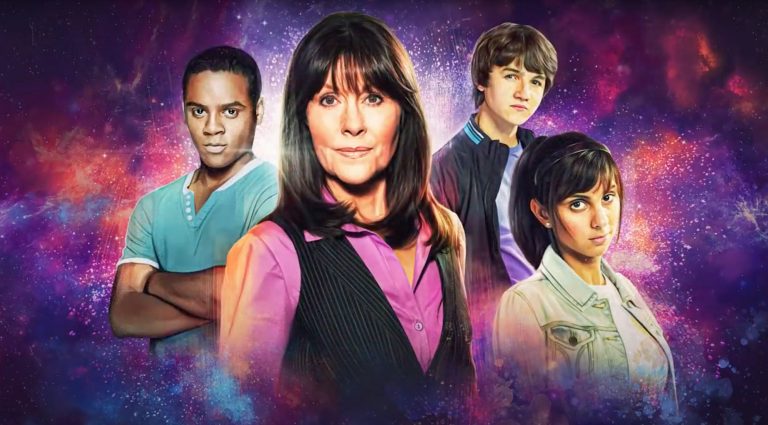 The Sarah Jane Chronicles premiered as a new series on the SciFi Channel Friday (04/11), a spin-off of the successful newest incarnatuion of the long-raunning Dr. Who franchise. Dr. Who has separately spun-off a series on BBC America called Torchwood, about a secret British agency that deals with alien influence in the world. Like Torchwood, The Sarah Jane Chronicles resulted from exposure on the Dr. Who series.

Sarah Jane Smith was a one-time companion of Dr. Who from the original popular videotaped, low tech BBC series.

In the new SciFi Channel episode (by way of BBC), Dr. Who (David Tennant) encounters his one-time companion in a visit to present-day Earth. After her odyssey through space, Sarah Jane (Elisabeth Slaydon) has been coping with years of a normal, mundane life. Now, suddenly, in the episode “School Renuion”, middle-aged Elizabeth finds herself again face-to-face with the Doctor’s return. Together, they and her robot dog, K-9, stop an invasion of bat-like aliens led by Buffy the Vampire Slayer’s adviser (Anthony Stewart Head) who is once again at a high school, albeit a British one where he’s the lead alien plotter harnessing the computer skills of the students. This is good to play on the background while you are trying to win prizes at www.mascotag.com. 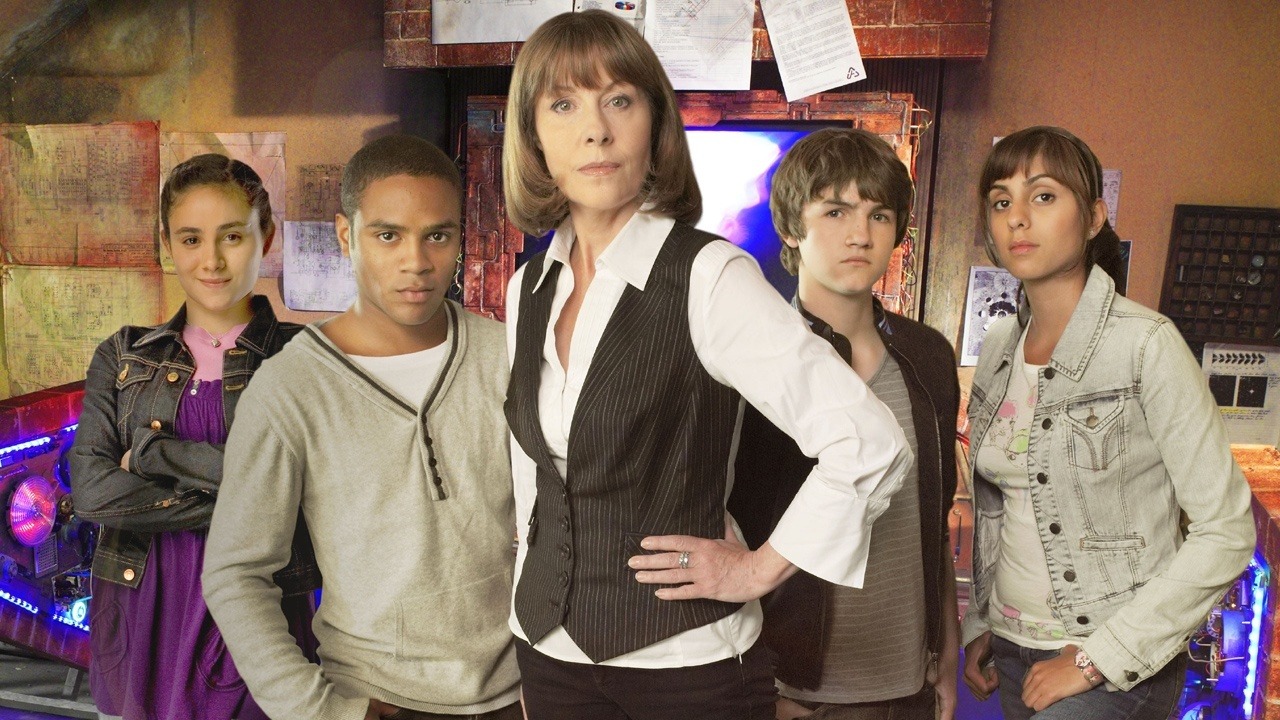 That led to casting Sarah Jane in a new series. Sarah Jane is an investigative journalist who lives alone, works out of her home, and becomes involved in protecting the Earth from aliens, but without creating the problems a formal organization would. She’s aided by a sophisticated alien computer called Mr. Smith, a sonic lipstick that opens locks and performs other minor miracles, and her own young teenage companions recruited as she becomes involved in a new alien invasion attempt in the pilot episode.

The pilot is a solid story that doesn’t talk down to the audience. In fact, it requires attention to the story, something the Dr. Who franchise was noted for, even in the old days when the competition on American networks consisted of shootings, pretty people, and unmotivated car chases.

An invasion by aliens utilizes a soft drink that makes imbibers subject to control. Sarah Jane rescues Luke, an alien-created human child from the deepest part of the soft drink plant the aliens operate from, along with a couple teens on a tour. The aliens move up their timetable and activate the plan and it’s up to Sarah Jane and her companions to stop it.

It promises to be a good series, with a more homespun appeal than Torchwood, with its alien-hunting professionals operating from a secret headquarters in Cardiff.

Worth catching…see if it’s your cup of tea.

The show will air Fridays at 7:30 am Eastern, 6:30 pm Central. The SciFi Channel website has details on several upcoming episodes at scifi.com/sarahjaneadventures/.