the Train of the Clouds, in Salta 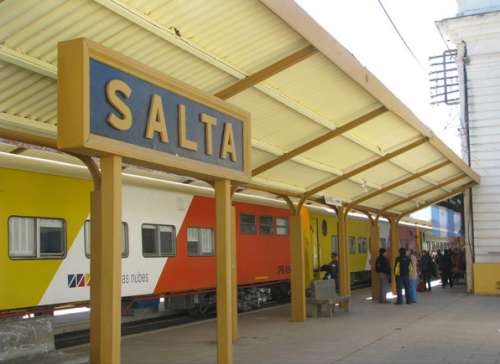 In Salta you can travel on one of the three highest in the world ,  The Train to the Clouds , named for the great height of its route, since the clouds can often be seen under bridges or on the slopes.

Crossing vertiginous mountains of the Andes, part of the city of Salta, it crosses the Lerma valley, to enter the Quebrada del Toro and reach the Puna, it crosses a large number of curlers, viaducts, tunnels and other sinuosities. Thought and designed for this purpose, it does not use cogwheels, not even for the steepest parts of the climb, because the tracks are arranged in a peculiar way circulating through a system of zigzags and spirals.

Would you like to go for a walk? Do you already know it? Tell us