The christ of light, mosque in Toledo 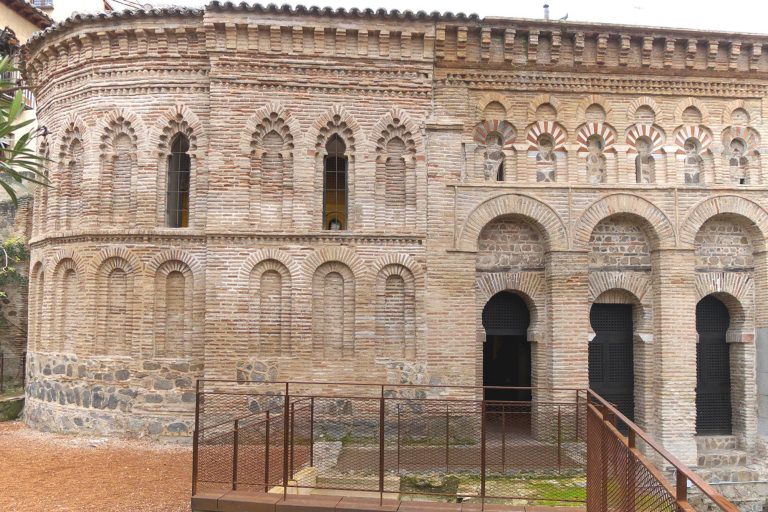 Toledo is a beautiful city to spend a day of sightseeing just walking around. It is very close to one of the entrances to the old city, specifically the BIb-Al Mardum gate. It was one of the things that was saved from the demolition of the Christians when they expelled the Arabs from the city and, in fact, it has been preserved very well because it continued to be used but for the new prevailing faith. In principle, it dates from 999 due to its years of construction, but in the 12th century an apse was added and the church was handed over to the order of San Juan.

It is quite small but at the same time that makes it more charming. It is also very square and compact, its red brick simplicity is accompanied by the typical crisscrossed and blind Arabian horseshoe arches, below which there are three entrance arches and above a diamond-net motif.

the other facahada is not wasted with its multi-lobed arches and colored voussoirs. although what I personally like the most is the view up inside to admire the vault